Members of the well-known Swedish pop band Ace of Base have been seen partying at Belgrade club called “Dragstor play”. 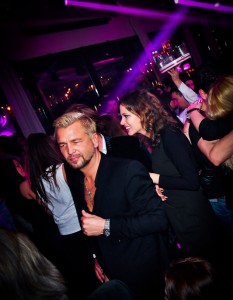 Member of the band, Ulf Ekberg, also known as Buddha, attended Friday party „The girl next door“ in this winter club. Thus caused big attention so serbian waterpolo players, who also have been there, were in the shadow of these bigger stars.
„The girl next door“ is a well-known form of party where girls come to see the famous and atractive men from the world of sport, bussiness and modeling.

Ace of Base at Belgrade club “Dragstor play”