How a place switch from Alternative to a Mainstream

Some of Alternative places become Mainstream. This phenomenon is world known. Most of those places actually never wanted to be Mainstream. This happen when mainstream people start to visit an Alternative place. Mainstreamers want to be cool and for them Alternative is the place to go. Once Mainstream crowed start to go then you will find Model girl going as well. Then you know the rest of the story. In 2022 the richest man on Earth Elon Musk was refused to enter the Berghain Nightclub in Germany. He was just to Mainstream for the iconic alternative place as Berghain. He was even more Mainstream when he refuses to accept it and used power of controlled medias and twisted the story into, that he refused to enter to the club where he waited prior 2 hours to enter. This way Berghain guests were “saved” from top mainstream figure as Elon Musk. Place still deserve to be the No. 1 place among the people who refuse Mainstream.

Currently there are only 5 successful Mainstream Summer clubs and 5 Mainstream Winter clubs. Each club fits around 300-800 people. Entry is free to mainstream places, but reservation of a table is necessary. Without reservation, you will not be on the guest list, without guest list you will not enter to the club. Alternative places work on the different way, they do not require reservations, but very often they charge entry fee around 5-10 euros, depending from the event.

Good to know: There are roughly 100 Alternative Venues in Belgrade. Check at the TOP of our page for recommendations.

Where are the Hipsters in Belgrade?

There are TOP 3 Hipster neighbourhoods in Belgrade. Areas are inside of the Area. So you can find that Dorcol is quite big but there are several areas inside the main area of Dorcol. Not the whole Dorcol is Alternative or cool. Area Around the Mosque is EPIC. Just next to the Kalemegdan Park with an amazing bars and Alternative Belgrade Designers. Cetinjska 15 Area is definitely Hispster area. Old factory that become space of creativity for Art Galleries Restaurants and BARS. Cheap Beers and Whines. Good vibe and good music. Savamala is kinda still an Hipster Area. Become pretty much mainstream when Mixer House left the area. Still Savamala has to offer quite unique places. If you have time check them all out.

The Alternative areas in Belgrade

Once upon a time in Savamala, there was a multi Functional place called Mixer. Mixer brought such a unique and such an amazing value to Belgrade. After Mixer step out from the scene, Savamala become kinda mainstream location. In Savamala alternative places that survived attract of posh and luxury are: Kc Grad, Benakiba and Galerija Stab ( Now Neon ).

Cetinjska Steet area, is an old abandon beer factory that got in the hands of Creative souls. Art took over this place, and made various venues, that offer variety to its visitors. Cetinjska Street has around 30 venues and galleries. Our suggestion would be that you check out Gallery Polet, and Dvoristance. Keep in mind that music over there goes till 00, and after that some of foreigners go to the some of the mainstream popular Belgrade clubs.

What are the prices in Alternative Belgrade places?

There is no capital in Europe that has that much friendly and affordable prices like capital of Serbia, Belgrade. At the most of the places you can get a glass of tasty Serbian Wine, for just 1 -2 euros! Yes, 1 euro per glass. Beer and Local Rakia are around 1-3 euros and cocktails are around 3 euros per glass.

Entry is sometimes free of charge and sometimes they will ask u on the door for few euros.

For Alternative places there is no need to reserve in advance and there is no strict dress code. Still dont show up like from a gym. Make sure not to be drunk when u show up in a front of a club, you might get denied to entry. 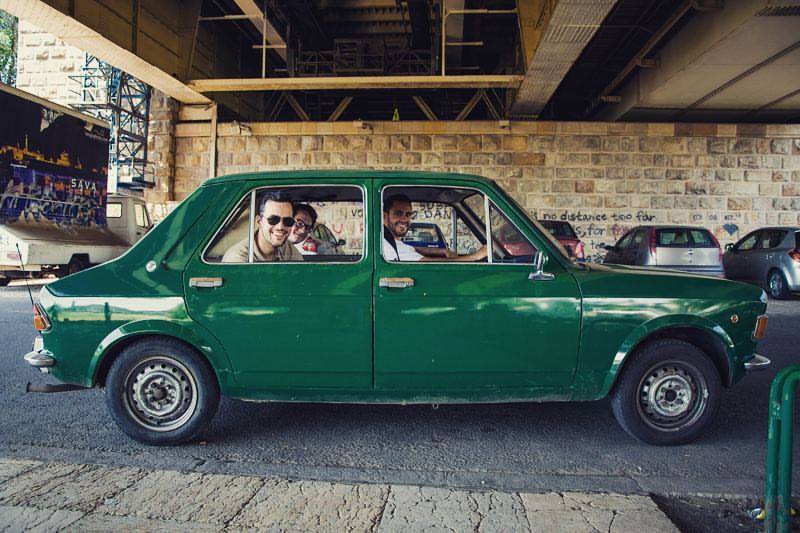 There are around 100 places that are considered more or less as opposite to the popular mainstream culture of the Belgrade Nightlife. The best way to find out is to go on the top of our page, and see the highlighted venues. Here is some of of Alternative Belgrade places:

If you need a guide to tour you around, and show you Art Galleries in Belgrade and Alternative Soul of our capital, get in touch with us, our service is epic and its free of charge.