Are u looking to discover our beautiful city on the best way out there? This page will guide you to Belgrade Attractions saving you precious time and money on the way. You will find yourself beside popular places both historic and modern, that have earned this city the reputation that it has.

Belgrade attractions are quite diverse. From Art to Religion. From influence of Communism to Capitalism. From Mainstream to hard core alternative. Charge your phone battery and make Epic shots on the way. Tag Belgrade at Night on your Instagram posts. The most creative shots of Belgrade will be shared with love. It’s one of the most beautiful buildings in Serbia. It’s the largest Orthodox Church in the Balkans. Located at Vracar plateau leave tourists as well as residents amazed. The church is a token of gratitude to Serbia’s greatest educator and is an important part of Serbia’s history. Learn more about vibrant history of Belgrade and Serbia, and have a great time with your crew while admiring the view of this amazing Belgrade attraction. True colours of Belgrade. Outstanding Museum at fantastic location. Exceptional exhibitions all year round. The Architecture of the Museum is a work of art by it self.

The museum is finally reopened for Visitors on October 2017. Its renovated with style and love. Located in a beautiful green area  just 10 minutes from the busy Downtown. Museum has 5 levels. The Collection of the Museum is divided into several sub-collection.

Museum of Contemporary Art in Belgrade is attraction wort of visit. The Victor of Kalemegdan

Built to commemorate Serbia’s victory over the Ottoman and Austro-Hungarian Empire during the Balkan and First World Wars. The Victor is a 14 meter high monument. Represent city’s most recognisable landmark located at the famous Belgrade Fortress. This area is always crowded with tourists and locals looking for a breathtaking sunset view. Take a walk from Knez Mihailova all the way trough Kalemegdan. Dont miss Sunset next to Victor. If you planing a date this is the place. Sunsets over there are very romantic. 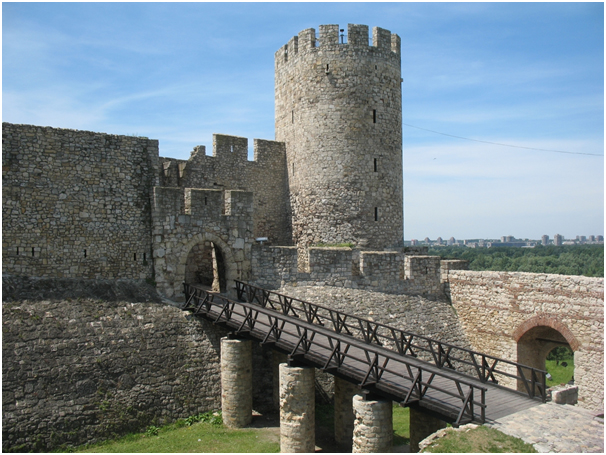 Belgrade Fortress is Magical Fairy Tail place. One of the most beautiful places in Europe. Its the most popular spot among tourists from all over the world.  If you been in Belgrade and didn’t take a photo next to the towers it means like you have never been. For the greatest view of the towers visit a Boho BAR. One of the best lounge bars in Belgrade. This Towers are what makes Kalemegdan the Magnificent place. No doubt that this place is among the most amazing Belgrade Attractions. It was once known as a home of Bohemians. Truly cozy and a cute place. Place where trough history famous Serbian artists, journalists, writers and musicians used to spend hours and even days talking about current events and politics. Traditional Serbian Experience for tourists indeed. Today Skadarlija is filled with Tourists that want to experience the spirit of Belgrade and enjoy Skadarlija’s legendary live old-town bands. Known for the beautiful promenade, famous traditional Belgrade taverns and restaurants. Make sure to pay a visit and meet the True history of Belgrade. Skadarlija is a Belgrade attraction like none other. Beton Hala (concrete hall) the posh area of Belgrade. Place to be seen. Expensive cars and top restaurants. Sport, Business and Classy Party People. Located on the riverbank Beton Hala is the one of the most popular Belgrade attractions. Home for the popular restaurants Frida, Sakura and Iguana. This is where you can come across the most beautiful girls in Belgrade any day of the week. Before you visit Beton Hala’s restaurants and lounge bars, it’s advisable to make a reservation. Besides free consultations, you can also make reservations using our call whats app service +381 62 33 77 00, absolutely free! 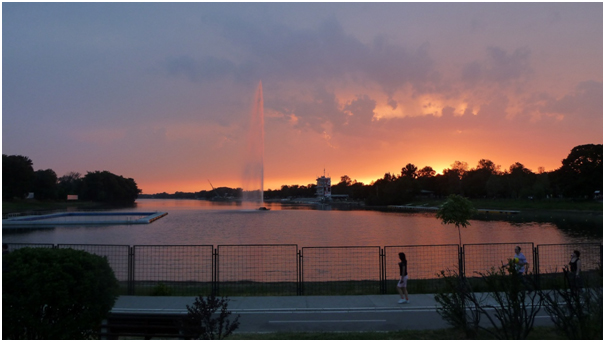 The Belgrade Lake offer tons of daily and evening forms of entertainment. Heaven for cycling or rollerblading. Ada Ciganlija has wonderful bike trails and nature paths all surrounding the lake. Ada is a Hot Spot for locals on warm summer days. There are many sports events hosted at Ada Ciganlija throughout the year. Beautiful Belgrade girls are often seen relaxing at the beach. We encourage you to Boost your Adrenaline. Try water-skiing which happens to be quite a challenge but super fun. Loads of daily activities with over 100 cafés, bars and restaurants on the lake’s shore. According to The Guardian, Lonely Planet and Europe After Dark Belgrade Clubs are among the best in the world. Study show that tourists in Belgrade consider Belgrade Clubs as the biggest attraction. Splavs refer to Summer Clubs are places where you  going to have a blast!  Belgrade Nightlife entrepreneurs know how to trough epic parties. There are quite a few river open-air clubs over here. Dont miss Nightlife experience in Belgrade. Summer Clubs are open from the beginning of May until the end of September. The 2 famous ones that are open during the winter are 20/44 Alternative Place and Hua Hua (National live music) which is very popular among those visiting from diaspora.

Among summer clubs the most famous are Freestyler, an icon of incredible parties in the last 14 years, with a guest ratio that is 50% tourists – 50% domestic. There is Leto and Lasta with 80% domestic party go getters. Don’t Miss Hot Mess Club , place has outdoor swimming pool, and often hosts awesome parties during the day. These are the places that are definitely Belgrade’s top party attractions, and should not be skipped!

Republic Square is located in the centre of Belgrade. Some say at the crossroads of past and present. Take a tour at National Museum and National Theatre. Republic Square is famous for its monument of Prince Mihailo on horseback, built in recognition of his achievements during the 19th century. Today, Republic Square is a famous Belgrade attraction for its beauty, cafés, lounges and restaurants. Its a favorite place for meeting among the people of Belgrade.

The National Assembly is the place where the history of Serbia was written. One of the most beautiful buildings in our country indeed. This is the place where people of Serbia forced their Ex President Slobodan Milosevic to accept defeat on presidential elections. After demonstrations at Republic Square on October 5th 2000 people of Serbia finally accomplished what they had been fighting for at that moment. It’s the biggest revolution in Serbia’s modern history. National Assembly is a place where important decisions are made for the future of the country and its people. 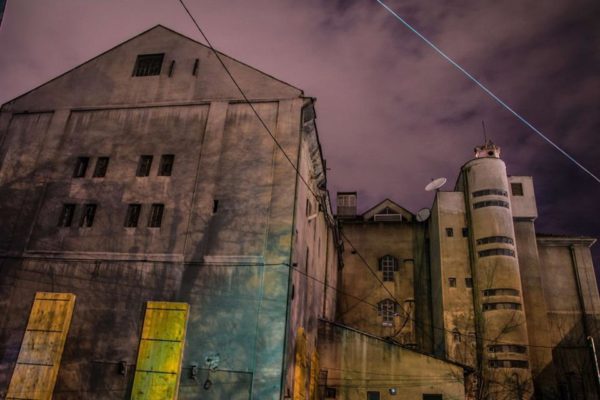 In the Downtown of Belgrade ART district has been born. In the end of the 2015 Cetinjska Street become a home for Hipsters, Artists, Expats, and curious Tourists. Polet, Dvoristance and Zaokret are among most visited venues. Polet is the place for a coffee in the morning and a glass of wine after the work. Polet is an Art Gallery that once and then organise exhibitions. Among many others, lovely Cafe / Bar Dvoristance found its new home in Cetinsjka Street. Dvoristance has its own story and its long history. It use to be among pioneers of Ex – Hipster area Savamala. Dvorsitance has its own true believers that spend day and night time enjoying coffees and wines. Industrial mix with a good taste is what makes Zaokret. Zaokret is a pre party venue where good music is pumping over weekends. This Hot Mess area with no plan deserve to be among the most popular Belgrade Attractions.

Church of St. Mark is a Serbian Orthodox church located in the Tašmajdan park near the Parliament of Serbia. It is dedicated to Holy Apostle and Evangelist Mark. Its one of the most significant landmarks of Belgrade. It very beautiful and unique place. Its the second largest church and the home to a tomb of the most powerful ruler of Serbia emperor Dušan the Mighty. It’s certainly a place of big cultural and historical meaning for Serbia. Neer this place you will find a good coffee. Some Coffe Shops offer a view over this amazing architectural design. This place belong among the most interesting Belgrade Attractions.

The Avala Tower is located 15 minutes from busy Downtown. The original tower was built in 1965  and got destroyed in 1999 during the NATO bombing of Yugoslavia. The tower’s reconstruction commenced on 21 December 2006 and it was officially opened in 2010. It is facility of great historical and cultural heritage of Serbia and one of the most popular tourist attractions. Each year over 150, 000 tourist pay a visit to this impressive monument. The tourist complex is located at the base of the tower. It includes a restaurant, Gallery, souvenir shop, sports fields and outdoor gym. The Avala Tower is a symbol of life and pride to Serbians.

If you are a Old Fashion Lover you will love this place. The Automobile Museum, Bratislav Petkovic Collection, is one of the coolest technical museums in Belgrade, and so as in Serbia. The Museum was founded by the Assembly of the City of Belgrade and by Bratislav Petkovic, the collector of historically valuable cars. The Musem’s premises are located in a modern garage witch is itself declared as cultural asset. The Collection contains epic and super old and rare cars. It safeguards various devices, technical and scientific literature, driving-licenses, the first traffic regulations and laws, number-plates, tools, filmed and photographic records, works of art and objects of applied art contributing to our knowledge of the history of motoring. 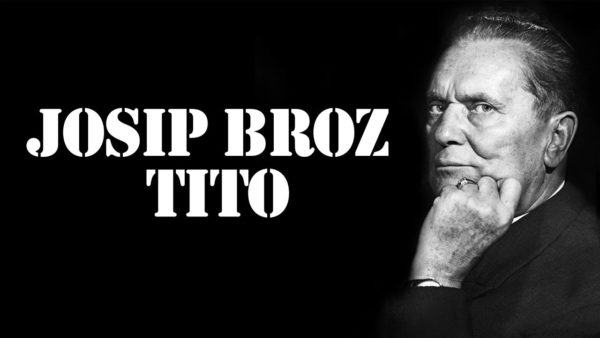 Josip Broz Tito Mausoleum, also known as “Kuca Cveca” –  or in literal translation “The house of flowers”, is the resting place of Josip Broz Tito, the President of the Socialist Federal Republic of Yugoslavia. It is located on the grounds of the Museum of Yugoslav History in Dedinje. The name “House of Flowers” comes from the fact that many flowers were surrounding the tomb of Josip Broz, whose desire was to be buried here, until it was closed for the eyes of public. It was built in 1975, and consists three parts: the central one is a flower garden, and two wide parallel corridors are on the side. The uncovered terrace has an amazing view of Belgrade. It is a place of big cultural meaning of Belgrade, and Ex –Yugoslavia.

Where tried to be really realistic with Belgrade Attractions on this page. Hope that you guys found this useful and interesting. There are much more to see and to do in Belgrade. 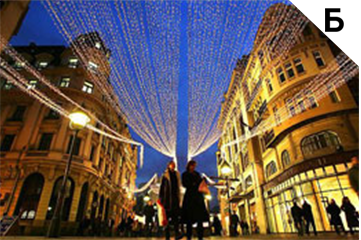