The unique story is turned into an artwork that will take your breath away during this year. “The New Era powered by Jägermeister” is the introduction to “The Book Of 2015”, an act of Belgrade Banging, the best party brand in Serbia. This will be a new epoch of electronic music events and first in the row will be held on 21st of Feruary at Mikser House. Main characters of the first chapter of the “Book” will be worldwide stars Jewelz & Sparks! 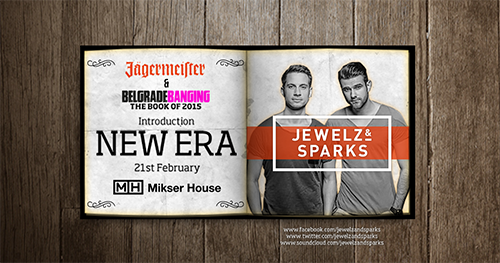 The combination of Banging and this cultural and art venue, which is located in the heart of Savamala in Belgrade, is already well known and now, united, they are taking us into the “New Era” of magical happenings. “The Book Of 2015” will consist of up to 9 epical events which will raise your mind to the highest levels, start the widest spread of emotions and spread your views far beyond the limits of infinity.

On 21st of February world known German Dj duo is landing in Belgrade. They have been marveling the world’s music scene with their hits for a long period of time. 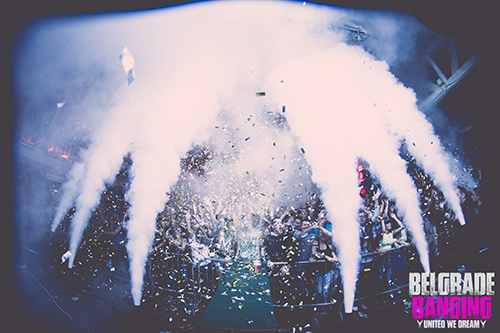 What Jewelz & Sparks have accomplished in just about one year is what many upcoming producers can only dream of.After signing up for some original tracks and a remix for Fedde Le Grand on his very own imprint, „Flamingo Recordings“ the highly talented Producer and DJ Duo got recognized by worlds #1 DJ Hardwell and his Label „Revealed Recordings“. „Unless We Forget“, a fresh vocal track and their first release on Hardwells imprint quickly climbed the Beatport charts, putting their name on the map in a league of dance music that proves their talent. 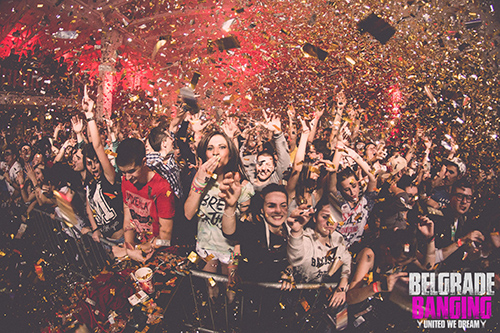 Their tracks get played all over the biggest festival sets from the likes of Fedde Le Grand, David Guetta, Nicky Romero Tiesto or Hardwell just to name a few.Now the future for these two dance music heavyweights looks brighter than ever especially with their Remix work on Benny Benassi´s classic Hit Single „Satisfaction“ ,which is out on Ultra Records after gaining enormous support in major sets from the likes of Tiesto, Laidback Luke or Fedde Le Grand.

Jewelz & Sparks will write the first pages of “The Book Of 2015” together with you! An irreplaceable and the most important characters will be YOU – the audience, who made every previous event special and motivated Belgrade Banging to create the “New Era” in Serbia. 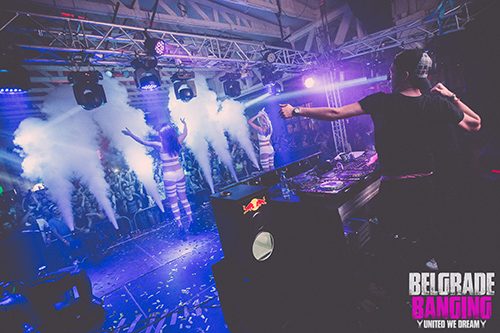