Guide to the successful Cinema Experience

Follow these easy simple steps and Enjoy Cinemas in Belgrade. Absolutely no brainer at all.

There are 3 Types of Cinemas in Belgrade

There are 3 types of Cinema. Each of them will bring you different experience. World Wide Cinema Chains, Neighbourhood and Alternative.

Big Cinema Chains are absolutely equipped with the High End Stereo and Visuals. Specialised in 3D – 4D technology. Most of those are located in the biggest and most popular shopping centres in Belgrade. On their repertoire you will find only blockbusters, live streaming concerts, some of ballet performances and opera plays. One of the most popular ones is Cinestar located in Belgrade Ada Mall.

Cinestar Cinema is at the TOP of the list. Newest Technology that offer visitors the ultimate experience. The BEST movie experience. Choose among the best Cinemas in Belgrade.

Alternative or underground Cinemas. Beside above mentioned modern ones Expats and Locals love to have “underground” experiences. On their repertoire you will find many forgotten, artistic, and cult movies of all time. The most popular one is the Novi Bioskop Zvezda.

Building in which this theatre is settled presents the cultural monument. It is under protection of  Institution for the preservation of Monuments. Zvezda has been built in 1903. The first film screening was back in 1909.  In 2008 the theatre was closed and in 2014 has been taken by activists. Young film artists and citizens in action known as – Occupation of the Cinema “Zvezda”. For more than 7 years now more than 1.000 forgotten artistic cult movies and old blockbusters are screened over there. The most beautiful thing about this cinema is that during the summer time projections are held under the stars on the rooftop. Price is more than symbolic (around 0,8 Euros). It is located in the heart of the city in the Terazije Street number 40.

Good to know: There is a public parking just around the corner. 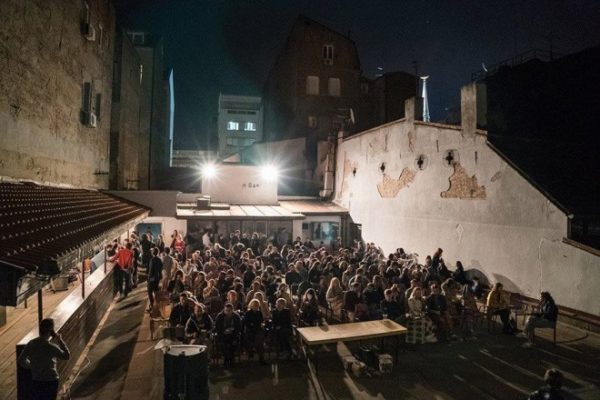 Neighbourhood is by many considered as more cozy experience. Still huge screens and goos stereo sounds. Very often more affordable tickets than big Cinema chains. Between HUGE Cinema Experience and Home watching Netflix. Down side would be a parking.

Down Town located just across the street of Serbian Parliament. Situated in the City Centre at Kneza Milosa 7a Street. Tuckwood is one of the most popular Neighbourhood Cinemas in Belgrade. It is a charming old school cinema with auditorium named after iconic actors and actresses. When was established it was the most modern Cinema in Belgrade in that time. The BEST Local Cinema in Belgrade. Enjoy the Cozy Experience.

The fist Cinema in Belgrade

Belgrade is very well known as a city of Art. First movie has been shown in our capital back in 1896 at the “Zlatan Krst” Cafe. Just five months after the first show in Paris. First real Cinema has been established back in the 1906. These days you will find plenty of Cinemas in Belgrade. Ranging from big money chains to proud independents. As today Belgrade has total of 12 Cinemas with 36 top notch viewing halls.

After parting hard in Belgrade for a weekend a perfect Sunday for many would look like this. Going to a Mall for a Shopping and cruising around and then go watch an awesome movie. In era of Netflix and online streaming people still love more than anything to visit Cinemas. Going whit a group of friends or on your own it is still a cult we love to cherish.

Good to know: Movies in Cinemas are not synchronised. There are played in a original language with Serbian / English subtitles.

Belgrade is not only capital of fun and digital nomads. Independent and international film festivals are held every year. One of the most popular film festivals in Belgrade is “FEST” that us held annually. Check them out.

Plenty of Choices out there. Down side would be that Cinemas in Belgrade do not have Websites in English. But still its super easy to pick up which movie is playing and at what time. Enjoy your stay in our beautiful city.