The Danube, known by various names (in German: Donau, in Serbian: Dunav), after The Volga is Europe’s second longest river. It is located in Central and Eastern Europe. The Danube was once a long-standing frontier of the Roman Empire, and today flows through 10 countries, more than any other river in the world. Originating in Germany, the Danube flows southeast for 2,850 km (1,770 mi), passing through or bordering Austria, Slovakia, Hungary, Croatia, Serbia, Romania, Bulgaria, Moldova and Ukraine before draining into the Black Sea. Danube in Serbia is one of the most beautiful rivers and landscapes you will see in a lifetime. In Serbia, Danube is long 587.35 km, and flows through our Capital, Belgrade, and various beautiful places in Serbia. 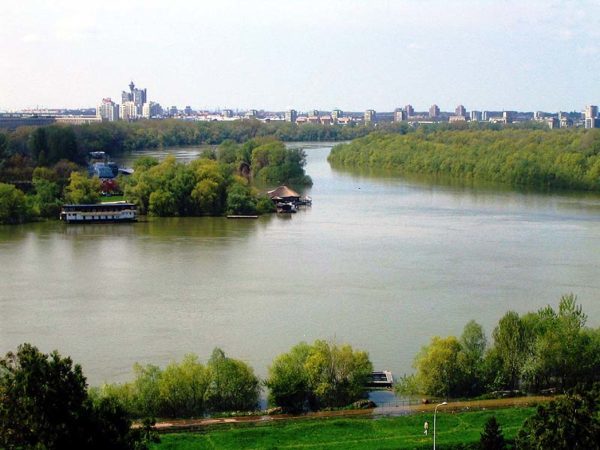 Golubac  is a village and municipality located in the Branicevo District of the eastern Serbia. It is situated on the right side of the Danube river. It is bordered by Romania to the east. Golubac is mostly popular by its beautiful fortress which is overlooks Danube. The fortress, which was most likely built during the 14th century, is split into three compounds which were built in stages. It has ten towers, most of which started square, and several of which received many-sided reinforcements with the advent of firearms. Firstly it was build as a Roman settlement. During the Middle Ages, it became the object of many battles, especially between the Ottoman Empire and the Kingdom of Hungary. It changed rulers repeatedly, passing between Turks, Bulgarians, Hungarians, Serbs, and Austrians, until 1867, when it was turned over to the Serbian Knez, Mihailo Obrenovic. Now, it is a popular tourist attraction in the region and a sightseeing point on Danube boat tours. 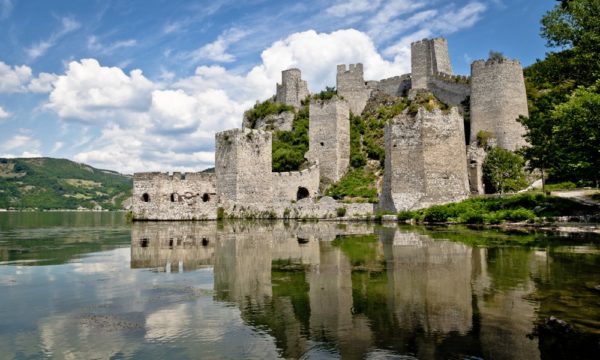 Novi Sad, after Belgrade, is a second biggest center of culture, and a home of great Petrovaradin fortress as well. Nicknamed as “Gibraltar of the Danube” represents a remarkable fortress on the bank of this beautiful river. In 1991 Petrovaradin Fortress was added to Spatial Cultural-Historical Units of Great Importance list, and it is protected by the Republic of Serbia. The most recognizable part of the fortress is definitely clock tower. The minute and hour hand on the clock tower are reversed, with the small hand showing minutes, and the big hand showing hours. It was created as such so that fishermen on the Danube river can see the time from a long distance. The “Reversed clock” as it is known, is one of the landmarks of Petrovaradin fortress. Also, this fortress annually welcomes on of the biggest festival in Serbia. “Exit” is a music festival that has been held at the fortress since its inception in 2001. Since then, it has grown from the biggest festival in South-Eastern Europe, to one of the biggest in Europe. Sex Pistols, Nightwish, Garbage, Goldfrapp, Fatboy Slim, Franz Ferdinand, Morrissey, Billy Idol, Pet Shop Boys, The Cardigans, HIM, Robert Plant, Guns N’ Roses, The Prodigy, Beastie Boys, Lauryn Hill, Basement Jaxx, Snoop Dogg, Wu-Tang Clan are just a few names that have performed at EXIT festival.

In the territory of Belgrade, the Danube flows through a length of 60 km, and represents the heart of summer happenings. One of the most beautiful municipalities, Zemun, is situated on this river. When you ask random local what’s the first thing up on their mind when they think about Zemun, they will say Gardos Tower. Gardos Tower also known as Millennium Tower or The Tower of Janos Hunyadi is a memorial tower. It was built and officially opened on 20 August 1896 to celebrate a thousand years of Hungarian settlement in the Pannonian plain. It is opened for tourists and gives a beautiful panoramic seeing over Danube and Belgrade. Here also is situated some of the best restaurants in Belgrade. Also, a quay of Danube in Zemun is considered as one of the most beautiful quays in Belgrade. 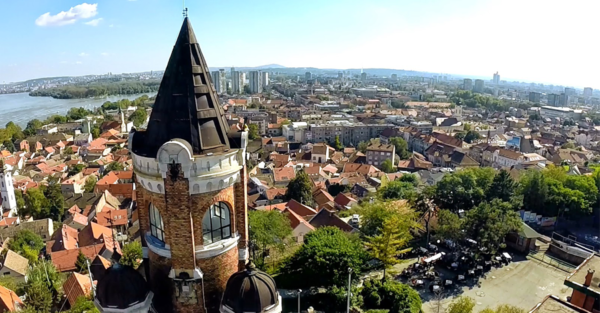 Also, Savamala municipality is partly situated on Danube river as well. The most important thing to know is that the official river state border is here. Big river cruises are settled there. Next to it on a Savamala quay you will find Beton hall, one of the most popular spots in Belgrade. That area is consisted of  around 20 different restaurants (all lined up next to each other). If you love to walk next to the river, we warmly suggest to take a walk to the area called 25th May. There, you will find one of the most beautiful buildings of communist era, which is also sport center, with pools and one of the best gyms in Belgrade.

Check the video and discover all the beauty of the Danube in Serbia: