When it comes to the Festivals in Serbia there are more than 800 events in total. Its really hard to know the real number. The largest number is about our folklore (which are related to gastronomy, traditions, handmaking, etc ….) and musical events. Most of the events are held in summertime from July till September.

Events and festivals are the most developed area of ​​cultural tourism in our country. However rare are those that have an international character and the large number of visitors. Among them the most popular are Exit Festival, Guca and Nisville. Those are musical events (different by genre) and  each year attract a huge number of foreign visitors. Those events contributing  in a way of  income. They increase the budget of the city which organise them and helping the further development of local communities. Festivals in Serbia are important part of Turist Activities in our country. Check the most popular ones:

Exit festival is a musical event that is held annually in Novi Sad on the Petrovaradin fortress since 2001 (July). Number of visitors, mostly young people, is growing from year to year. During EXIT, Novi Sad is full of tourists, so the whole town is involved in the providing of accommodation facilities (from hotels, hostels, private accommodations – which are operating only in this time of the year, to the camps for the daredevils), as well as other types of services. This festival provides an opportunity for the people of Serbia to see the great icons of world’s music scene, while on the other hand, foreign tourists have the opportunity to hear local artists from different parts of Serbia that represent a variety of musical genres. This is probably among the most popular Festivals in Serbia. 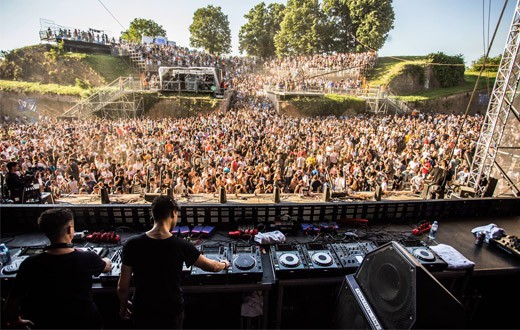 Trumpet Festival in Guca is also known as Dragacevo Trumpet Festival, has grown from a small, rural event which  was officially held in 1961. for the first time. Today is one of the largest and most popular cultural and artistic events of the original folk art. First event had only 4 trumpet orchestras, and today in this event are participating several hundreds of ensembles and orchestras. This festival is based on the creative folk and artistic work.  During the Guca Festival not only that you can listen to the sound of  trumpets, you can also see folk costumes typical for our country, and enjoy the local specialties of Serbian cuisine. During the event, prizes are awarded for the best trumpeter and the best orchestra, as well as the “Golden Trumpet”. Trumpet festival in Guca is annually held in August. 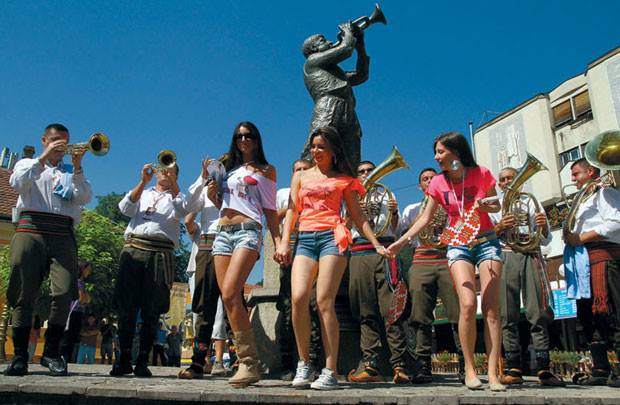 Nisville is included among the events of great importance when it comes to Festivals in Serbia, and takes significant place in cultural tourism of our country. It is the largest jazz festival, and you can experience it’s charm every year in August.  Nišville Festival has been visited by a great number of music lovers from the whole Serbia, neighbouring countries, as well as the countries of Western Europe. Located at the fortress of the city of Nis, festival was originally held for the first time in 1991. If you are in Serbia at this time dont miss them out. Nisville is included among the events of great importance

Keep on reading and find your favourite Festival to visit.

Very  interesting festival  and the oldest event in Serbia, founded in 1888. It takes place every year in September in honor of grapes and wine of Smederevo vineyards,  followed by cultural and artistic program ( locations are: Smederevo Fortress, squares of the city, with the parade of medieval knights). The aim of the event is to show guests local agricultural products, as well as  rich historical heritage, and includes a variety of economic, cultural and sports facilities.

This Festival  is a touristic event, which symbolically represents ceremonial ending of mountain meadows mowing. Competitors are wearing  traditional costumes, with  hats made of straws and colorful bags on their shoulder.  Every July you can participate in this unique event and find out some interesting facts about our culture!

BBQ Festival  is an event that is traditionally held in the last week of August in the center of the city of Leskovac. This  manifestation made Leskovac one of the”must visit” places while you are in Serbia. This is the largest and most visited event dedicated to barbecue in Southeast Europe. Lasts for seven days and gathers over 500 000 visitors from Serbia and tourist from all over the world.

For three years in a row, Belgrade Dance Festival is organized in cooperation with the EU Delegation in Serbia, while its twelfth edition held under the auspices of the Ministry of Culture of the Republic of Serbia. Belgrade, thanks to this festival has become an important place in the biography of ballet artists, the city in which each April and are intertwined, and the new iconic dance pieces, in which desire to come ballet stars and young artists.

Also, while you are visiting our capital, you can check famous Belgrade nightlife, and some of the best Belgrade clubs!

Lovefest is a unique cultural platform which promotes music, art and urban youth culture in Serbia. The festival was created in 2007, and in just one year has grown into a musical, and now the largest youth festival in central Serbia. In early 2012, the festival has been awarded by the Ministry of Youth and Sports of the largest youth festival in the country, a year later, was first nominated for best European festival. It is held annually in August.

Year after year, the prestigious movie and music festival whose maker and founder is director Emir Kusturica, attracts more and more young authors, greats of cinematography and visitors from all around the world. International movie and music festival was the host to numerous famous people from all parts. Some of them are Nikita Mihalkov, Johnny Depp, Monica Belucci, Jim Jarmusch, as well as numerous celebrities from Serbia.

What? Yap! Thats the name. Bizarre. Few entrepreneurs decided to make this  festival at the small farm at village of Lipovica in Serbia. The winer of this event is the best balls cooker. Award given is named Ballsiest Man in the World. Note: These are not human balls.

Valjevo is a city of 90,000 people. Not much going on over there except Tesnjar Evenings. These Festival last for 10 days and its held every August.

Theatre and film take the centre stage. There is a wide variety of visual arts. During this time Valjevo gets really crowded so it might be wiser to book your accommodation in advance.