Modern Savamala is still the place totally different than other parts of Belgrade. It had its peak when artists had it under control. Under the control of creative entrepreneurs it got its nickname New Berlin. It is the fact that Savamala in this time made Belgrade ultra cool and popular among Tourists. Idea of local entrepreneurs was to escape from Mainstream Betonhala and rest of posh Belgrade. As well to run away from traditional and turbo folk Belgrade. They have succeeded in that plan but only for some time. As happen with other cool places it happen with Belgrade as well. Savamala become mainstream. But not absolutely and not in the bad way. Still Savamala has its own cozy and cute places that partly survived posh influence that ran into this neighbourhood. Long story short. Savamala is the place where you want to go. If you like posh Savamala is the pleace. If you are looking for opposite of Posh Savamala is still the place to go. Savamala is a very much diverse place. In the same time it is the home for different politic and social structures. From Posh and Expensive to Alternative. Check the most popular places in Savamala TODAY.

This restaurant is outstanding! The Michelin Guide never make a mistake. There are around 8 tables so reservation is necessary.

Beside Building and interior itself this place offer Godlike specialities. Epic cocktails and Wine. As you can imagine with this glamorous restaurant it comes the price tag. Get ready to spend more. The experience will certainly not let you down.

Among few that have survived are Ben Akiba Comedy bar. Great challenge to stay Chilly among all of the changes out there. They truly succeeded to keep their identity. This place is the combination of a Club, Stand up comedy and a bar. They do interesting exhibitions once in the while. Quite Unique interior. Special energy is a trademark of this lovely place.

If you are into cozy cute places then dont miss this one out. Lover of Contemporary Jazz? Then note this place down. This place features irregularly designed interior. Friendly staff and lots of creativity. You will find nice crowd of Belgrade enjoying their time over there.

Surly the unique place in town. Under Branko’s Bridge in the heart of old town in Belgrade. Legend of Serbian rock music, Bora Djordjevic opened this unique place at the end of 2008. Corba Caffe will provide you with a good party time.

It is still our favourite place. KC Grad is highly recommended. This place is the brightest venue in Belgrade and it does gather the most interesting and creative crowd out there.

In the drink list of Gvozdjara you will find best unpasteurised, draft Czech beers. And about 40 bottled beers from Germany, Japan, Belgium, the Netherlands, Ireland and USA. Amazing place! Check them out on weekends.

Tranzit is a bar restaurant and a meeting place of people of different orientations and interests. With the modern interior design, in correlation with the inevitable “vintage” style, gives us a unique experience of ambient). Tranzit is famous for its garden during the hot summers days. This place is visited by local celebrities and good looking girls. Its the cool funky bar!

Savamala was always an unique area of Belgrade. Both for Locals and Foreigners. Located in the shadows of Branko’s Bridge on the right bank of the Sava river. Exactly thats how Savamala  got its name. The second part of the name comes from the Turkish word mahala, which means neighbourhood. First  inhabitants were settled in the early 18th century during the Austrian occupation of the northern Serbia 1717-39, when Austrians moved Christian population out of the Belgrade Fortress.  The main street of Savamala district is Karadjordjeva street and was named after leader of the First Serbian Uprising (Karadjordje Petrovic).

In 1833 the Serbian government finally gets (internal) self-government in Belgrade. After that,  Prince Milos Obrenovic decided to build in this area a modern city modeled by the architecture of European cities such as Vienna or Budapest . Then, Savamala was inhabited by merchants and craftsmen, and it becomes the main shopping centre and an elite part of the city. Buildings that are  sprouted on the foundations of dilapidated homes today have great historical, cultural and artistic significance. The most important of them is the former building of the Belgrade Cooperative. It was built in a modern construction process, with beautiful facade edited in the artificial stone. After World War II, changed many uses and users, and the longest was a building of  Geozavod, and today, still is. It is considered as one of the the most beautiful building in Belgrade. 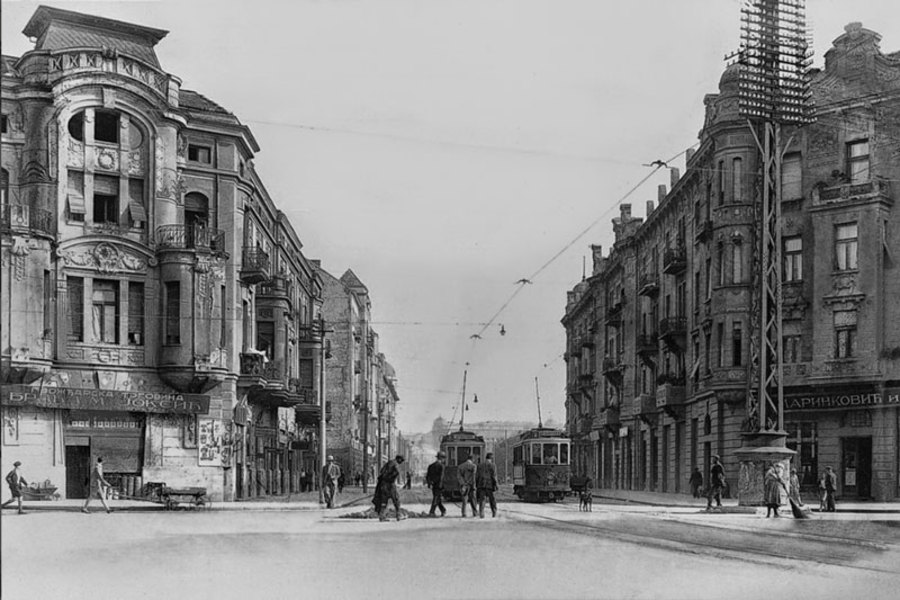 Savamala back in the days

Trendsetters are those who helps to make a new movement popular. People who were behind Mixer House, Dvoristance and Kc Grad made Savamala popular among Expats, Tourists and Locals. Now speaking of modern history we need to mention significance of Mixer House. Pillar of modern Savamala and creative industry centre. Meeting place for designers, musicians, dreamers of a better and more beautiful Belgrade. Presented a new concept of  institution, which connects cultural, educational, and commercial activities in a multifunctional space originating in the creative transformation of an old city warehouse. Unfortunately in 2017 this concept left Savamala for good. 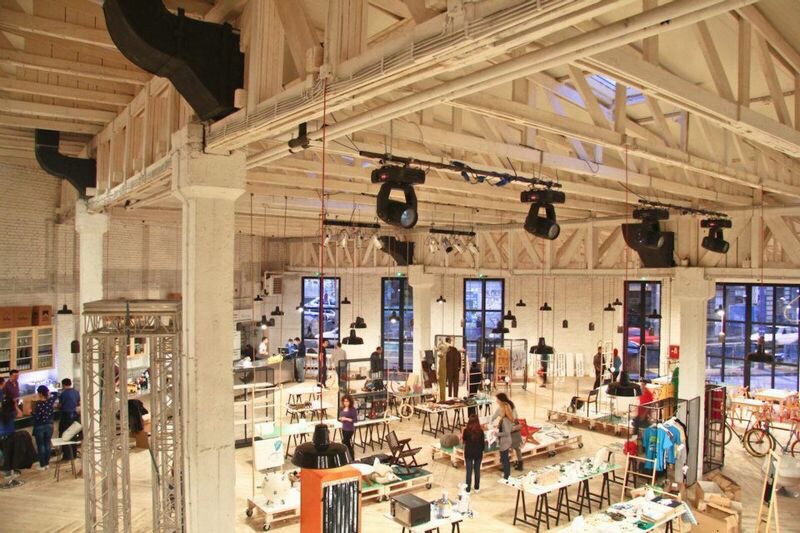 Below Karadjordjeva street there is a web of underground passages that have not been adequately investigated. Digging around 13 tunnels started by the Austrians in the 18th century and continued into the 19th century. Those are an artificial caves that were used as warehouses and “fridges” of the time. Due to the proximity of harbours and river views, underground passages at the Sava slope were ideal for storing goods, because in them the temperature was low and stable during all seasons. Small towers in Kosancicev venac street are not  remains of underground nor or fortresses, nor loopholes that many Belgradians think. These are, in fact, air vents that led the air about twenty feet in depth.

Famous beauties of Belgrade architecture from the beginning of the last century – Geozavod, hotel Bristol and Vučina house, in the market where once stood a small market joined Mixer House.

Savamala has to be on your Belgrade to do List. Make some time and pay a visit. Would be more fun if you find some local friends and get with them into this area. They would know where to go and what to do. If that is not a case you can reach us. We will share the hot spots and secrets of Savamala with you and your homies. Bring a smile and share a good vibe while in Belgrade.