Serbia might be a small country in terms of its size, but it definitely has a lot to offer to its visitors. This Balkan country is becoming world-famous
for its rich history, amazing food, wonderful nature, and, most of all – great music festivals and nightlife in general! There is no country in Europe with
such a diversified offer when it comes to music festivals. Two very good representatives of this are the two most popular festivals that suit to completely
different music tastes, and those are EXIT and Guča. EXIT is one of the biggest music festivals in Europe that hosts music stars from all over the world
and receives awards as one of the best European festivals, while on the other hand Guča is a traditional brass bands’ festival that been called by The Guardian Europe’s wildest party.

EXIT vs. Guča duel has become a source of arguments in Serbia; some people prefer the urban, international feel of the EXIT festival, while for others there is no party like the one in Guča. But, many people claim that, if you like
partying and dancing, both are a great choice for you. They are quite different, for sure, but what you will find in both places is fantastic crowd,
dancing and drinking throughout the festival days and nights, and amazing performers. 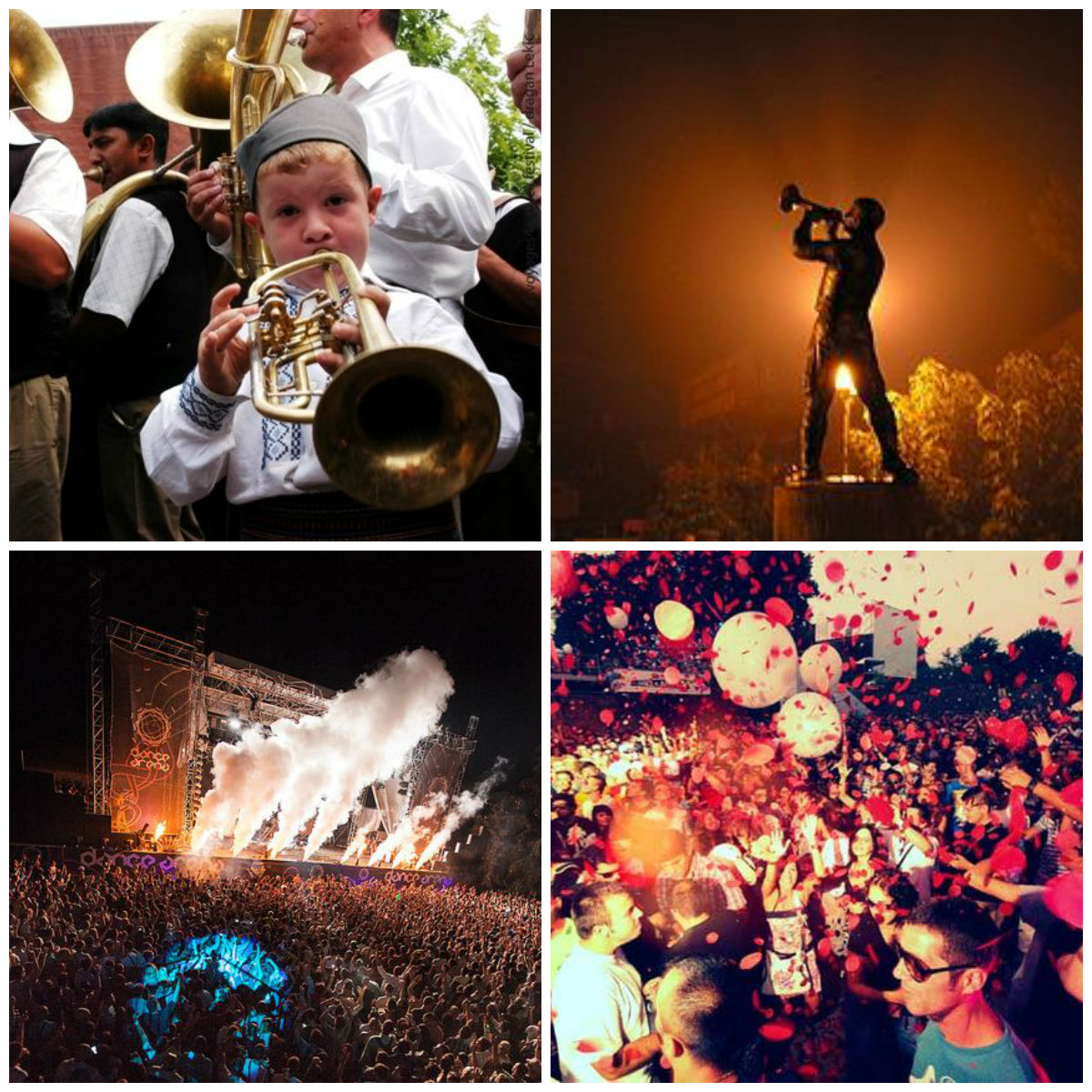 Guča – party of a lifetime

Guča, probably the less known of the two outside the borders of Serbia, is a traditional festival that has been going on for more than fifty years now, but
this kind of music is typical of Serbia/the Balkans for a much longer time. The small village of Guča becomes overcrowded during the festival week, and
that’s a light expression in this case. The population of Guča is 2000, but the number of visitors may reach 600 thousand easily! This should give you a
clue of what kind of party to expect and why it has been called Europe’s wildest party.

The performers are mostly brass bands from Serbia and the surrounding countries, but many starts of national music have concerts as well. These are the
most popular parts of the program, and they are visited by hundreds of thousands of people.

This year’s festival is going to take place in August, from 9th until 13th. The official program has not been announced yet, but it
is expected to be announced in the next few weeks.

EXIT – adventure you have to experience

On the other hand, Exit festival has grown over the last 15 years to become one of the most recognizable festivals in Europe. It is visited by thousands of
people from all over the world. The festival takes place at a very unusual spot, a medieval fortress in Serbia’s second largest city
– Novi Sad. Novi Sad is
easy to reach from Belgrade by train or bus, and the ride takes only about an hour and a half. If you choose to visit the festival, you can find
accommodation in the festival’s camp (cheapest option, and great if you want a non-stop partying experience) or you can rent an apartment/room at a hostel
or a hotel. There are a lot of options to choose from, but don’t hesitate for too long, or you might end up empty-handed: lots of accommodation options get
booked quite early.

This year’s headliners include Emeli Sande, Faithless, Martin Garrix, The Prodigy, Clean Bandit, Milky Chance, and many others. From 9th-12 th July, Novi Sad will be the host of an amazing festival, so be sure to check it out.

Since last year, Exit adventure has grown to include another festival: the Sea Dance festival that takes place only a few days after the original
festival. The location of the festival is Budva, Montenegro. The whole festival is set on a beach, so it is quite a party!