Serbia, a small country in the Balkans, is one of the best kept secrets when it comes to touristic destinations in Europe. Located at the crossing point between
Eastern and Western Europe, it was a frequent target of invaders, rising empires and powerful conquerors. They all left their trace in this country, and it
is thanks to them that Serbia became what it is today: a perfect mixture of east and west, rich in history, open towards its guests and those wishing to
learn more about it. It is a vibrant country that will leave no one indifferent, either by its food, culture, history, or amazing nightlife.

Summer is the perfect season to visit Serbia. It is during the summer months that the majority of festivals (related to music, culture, and
traditional/modern food) take place, and the summer months are perfect for visiting one of Serbia’s natural reserves, mountains, lakes or spa centers.
There are roughly around one thousand mineral springs in Serbia, more than fifty spa resorts around the country and five national parks of exceptional
beauty.

If you crave history, Serbia is the place to come. For centuries, the southern part of Serbia belonged to the Ottoman Empire, while the north belonged to
Austria-Hungary. Both of these powers left their traces in this country, visible in the architecture, customs and religious monuments. If you travel from
the north to the south, you will notice how cities change, and the ottoman influence becomes more and more apparent. The fortresses on the Danube, like the
ones in the Serbian capital city of Belgrade, Smederevo and in Novi Sad represent some of the major sights that should not be omitted in your route through
Serbia.

Apart from these, you will find a great number of Roman monuments around the country. Seventeen Roman emperors were born on the territory of today’s
Serbia, many of whom used to visit Serbia frequently. They built their summer residences here, and left a permanent mark on Serbian history. For more than
six hundred years, Serbia used to be under the Roman rule. To learn more about this period of Serbian history, visit one of the ancient cities that are
still in excellent condition even today: Viminacium (close to the town of Kostolac), Sirmium (Sremska Mitrovica) and Mediana (modern-day Niš). 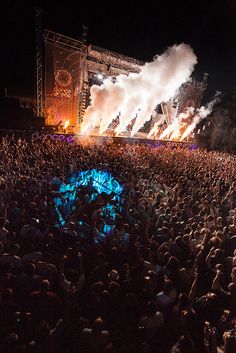 Summer in Serbia: the festivals

People in Serbia like to use any excuse to party. And parties here cannot go without tasty traditional food and drinks in unbelievable amounts and, of course, great music.
Two of the most famous festivals that take place in Serbia include the EXIT festival in Novi Sad, and Guča festival of traditional music.

EXIT festival takes place at a very unusual spot: a medieval fortress close to the second largest citz in Serbia, Novi Sad. Novi Sad is itself a beautiful
city, but during the festival it has a magical energy and its atmosphere cannot be explained in words – it has to be felt. Thousands of foreigners as well
as music lovers from all over Serbia pour into the city and create a four-day party that spreads throughout the city. This year’s lineup is amazing: Emeli
Sande, Manu Chao, Faithless, The Prodigy and many others will perform at the festival.

Guča is a slightly different festival, dedicated to traditional Serbian brass music. It includes a brass orchestras’ competition, and performances by many
famous singers from Serbia. This is another non-stop party that takes place in a village in central Serbia (population 2000). During the festival, its
population swells to over half a million people! It is no wonder that the Guča festival has been called Europe’s craziest party. 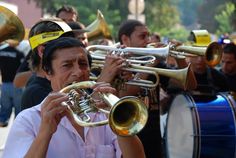 The most popular activity for adventure seekers in Serbia is definitely white water rafting. Rafting is organized on rivers in all of Serbia, and it is an
unbelievably fun experience! You can apply with a group of friends, and use this unique opportunity to find out more about Serbia’s natural beauty, food
and cuisine while partaking in a sports activity. There aren’t many places in the world that will offer the same pleasure.

Some of the most popular rafting rivers are Ibar, Tara and Drina. The merry race on the Ibar river is a 25 kilometer race on the mischievous
river, that is sometimes calm and sometimes a true challenge even for the most experienced rafters. Tara is a river that has a truly unique surrounding
that has been declared a national park, and Drina, is a green beauty that represents a natural border between Serbia and Bosnia.