Serbia is traditionally Christian country ever since 9th century when Byzantine Christian missionaries, Cyril and Methodius, did Christianization of Serbian people. Mostly, Serbian population is Orthodox Christian (over 80% of population), on second place are Roman Catholics, then Muslims, Protestants, Jews, etc.

Belgrade is center of cultural diversity, and because of that is one of the most interesting places in Europe. Many churches, monasteries and places of worship are participating in architectural beauty of Belgrade. 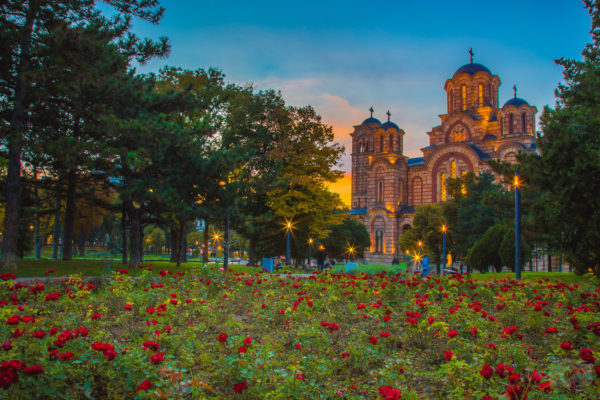 The most popular are Temple of Saint Sava, which is one of the biggest in the world, and of course, St. Marko Church.

Church is dedicated to Holy Apostle and Evangelist Marko (Mark) and it was build between 1931. and 1940.

Almost at the same place, just a little bit on south of the current building, was located the original church of St. Marko, until the beginning of World War II. The original St. Marko’s Church  was built in the era of the Belgrade Metropolitan Petar Jovanovic (1833-1859) and Prince Milos Obrenovic (1835-1836). Before the first temple of St. Mark was build, according to the testimony, on that very site was set up Holly Cross where were performed Divine Liturgies.

Due to the German bombing on 13th of April in 1941., the temple was set on fire and so damaged that his remains were completely removed during 1942. 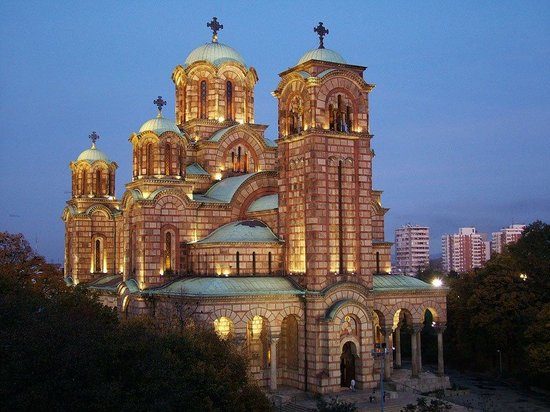 Due to the rapid urban expansion and increase of the population, at the beginning of the 20th century the need for building a larger church was on high demand. Frequent wars did not allowed that until 1930, when Belgrade architects brothers Krstic – Peter and Branko, professors of the Faculty of Architecture, created project for the new church of St. Marko. According to the project the today’s structure of St. Mark’s Church was build between 1931 and 1940. The outbreak of the Second World War hindered the finishing of the temple. Completed was just a construction work on the church. Worshiping in the new temple was carried out during and after the WW II till 14th November 1948, in the renovated narthex of the church.
Consecration of the temple was done on that very date, and the temple was open for worshiping. It was anticipated that the entire interior is painted in fresco technique.
Following the style of construction, the temple is a monumental building, done in the spirit of Serbian medieval architecture (Architectural style of church is Serb-Byzantine, and will leave you breathless). 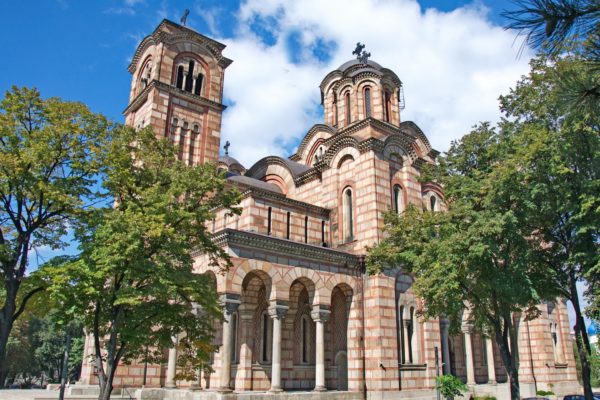 St. Marko’s Church is 62 meters long and 45 meters wide, the height of the main dome to the cross (which is on the top of the church) is 60 meters. Usable internal surface of the temple is about 1,150 square meters, and the nave of the temple can accommodate over 2,000 worshipers. The choir gallery on the west side receives more than 150 singers.
St. Marko’s church is not completely finished. This applies above all to its interior, decorating, paintings, adequate lighting, sound, heating, ventilation.

St. Marko Church is located in park Tasmajdan (one of the top places for taking great pictures), one of the most popular parks in Belgrade. Long time ago, on this location originally was a roman quarry, which was used for building old Singidunum (Belgrade). Now is site of modern and historical combo, which gathers people of all age.